Fifty years ago today, Black Sabbath’s self-titled debut was unleashed and released to the world. I’ve read many times that Black Sabbath set out to create a sense of horror with their songs. Something mysterious and sinister, like a scary movie but with rock and roll. Just look at the album cover art. Just listen the first notes of the first track, the song Black Sabbath and you’ll see they not only successfully reached this goal, they defined it. They defined that sound for everyone, everywhere, forever.

Millions of words have already been written about the impact of this album (and other early Black Sabbath albums) on rock and roll and the greater culture as a whole. Therefore, I’ll just mention a couple of personal anecdotes.

As an art professor I have an introduction to design project where I have students use their imaginations and create the shapes of sound. I let them choose their own songs but I play about a dozen songs that vary in mood and tempo in class as examples. The song “Black Sabbath” is always one of my choices because of how effective it is at stimulating the imagination of the listener.

My favorite song on this album is N. I. B. simply for it’s overall sound. I’m a sucker for a funky fat riff. It’s so easy to groove to. Interestingly though, the song has a couple of good stories about it too. Good music misunderstanding stories.

It’s always on the list of banned songs because it mentions the name Lucifer blah, blah, blah. If you actually understand the song, you’ll learn it’s written from the perspective of Lucifer as he falls in love and transforms into a good person.

The title has it’s own misunderstanding as well that I find pretty funny. Most think “N. I. B.” stands for “Nativity In Black.” It doesn’t, it’s basically an inside joke about Bill Ward’s facial hair. You can read about it here, https://en.wikipedia.org/wiki/Black_Sabbath_(album), (then click on the link for the song, don’t know why the direct link isn’t working). Basically, that name has been imposed on the song by just about everyone. So today, it un-officially does stand for “Nativity In Black,” because this is what the world wants.

So here you are. Presented in honor of the fifty year anniversary of the release of Black Sabbath’s self-titled debut (and the birth of heavy metal). 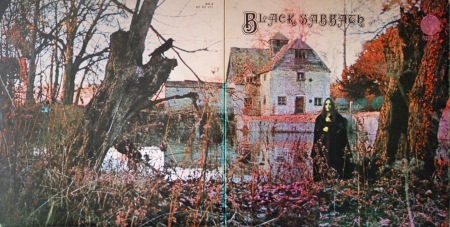